Children who are vegans are deficient in vitamins D and A, DHA and essential amino acids

The study found that children who are vegans have significantly altered metabolism and have lower levels of vitamins A and D, DHA and essential amino acids compared to children without a special diet.

The study concludes that vegan diet has a broad effect on children’s metabolism. Serum biomarker levels for vitamins A and D, cholesterol forms and essential amino acids were significantly lower in children on vegan diet compared to age-adjusted omnivores. In addition, docosahexaenoic acid is absent from vegan diet. The results were recently published in a high-profile international scientific journal EMBO Molecular Medicine.

The study did not find that children who were vegans lacked vitamin B12 because they were taking vitamin B12 supplements, indicating that their parents were well aware of the deficiencies that a vegan diet can cause.

In their recently published article Topi Hovinen, MD, and Liisa Korkalo, PhD, together with the multidisciplinary team led by academy professor Anu Suomalainen-Wartiovaara and docent Maijaliisa Erkkola studied comprehensively the nutrition and metabolism of 40 healthy children in daycares of Helsinki. The children were following a vegan, vegetarian or omnivore diet according to the choice of their families. Their nutritional intake, metabolic biomarkers and micronutrient statuses were extensively studied.

The children on a fully vegan diet were found to have significantly lower vitamin D levels compared to children without a special diet despite having regular vitamin D supplementation and blood samples being collected in late summer. Surprisingly, also their vitamin A status was lowered. Levels for LDL and HDL cholesterol, essential amino acid and docosahexaenoic acid, a fatty acid with a central role in development of visual function, were low while folate levels were remarkably high in vegan children.

Possible combination of low vitamin A and DHA status raise concern for their visual health. The evidence of the researchers indicates that (i) vitamin A and D status of vegan children requires special attention; (ii) dietary recommendations for children cannot be extrapolated from adult vegan studies; and (iii) longitudinal studies on infant-onset vegan diets are warranted.

Fellow of the American Council of Applied Clinical Nutrition

Member of the American Association of Drugless Practitioners

Member of the American Association of Nutritional Consultants

Member of the Canadian Association of Natural Nutritional Practitioners

Member of the Association for Natural Medicine in Europe

Member of the Society of Complementary Alternative and Holistic Practitioners

Member of the Pancyprian Association of Nutritionists

Member of the Professional Association of Complementary Medicine and Humanities 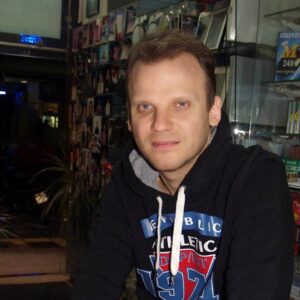 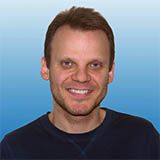